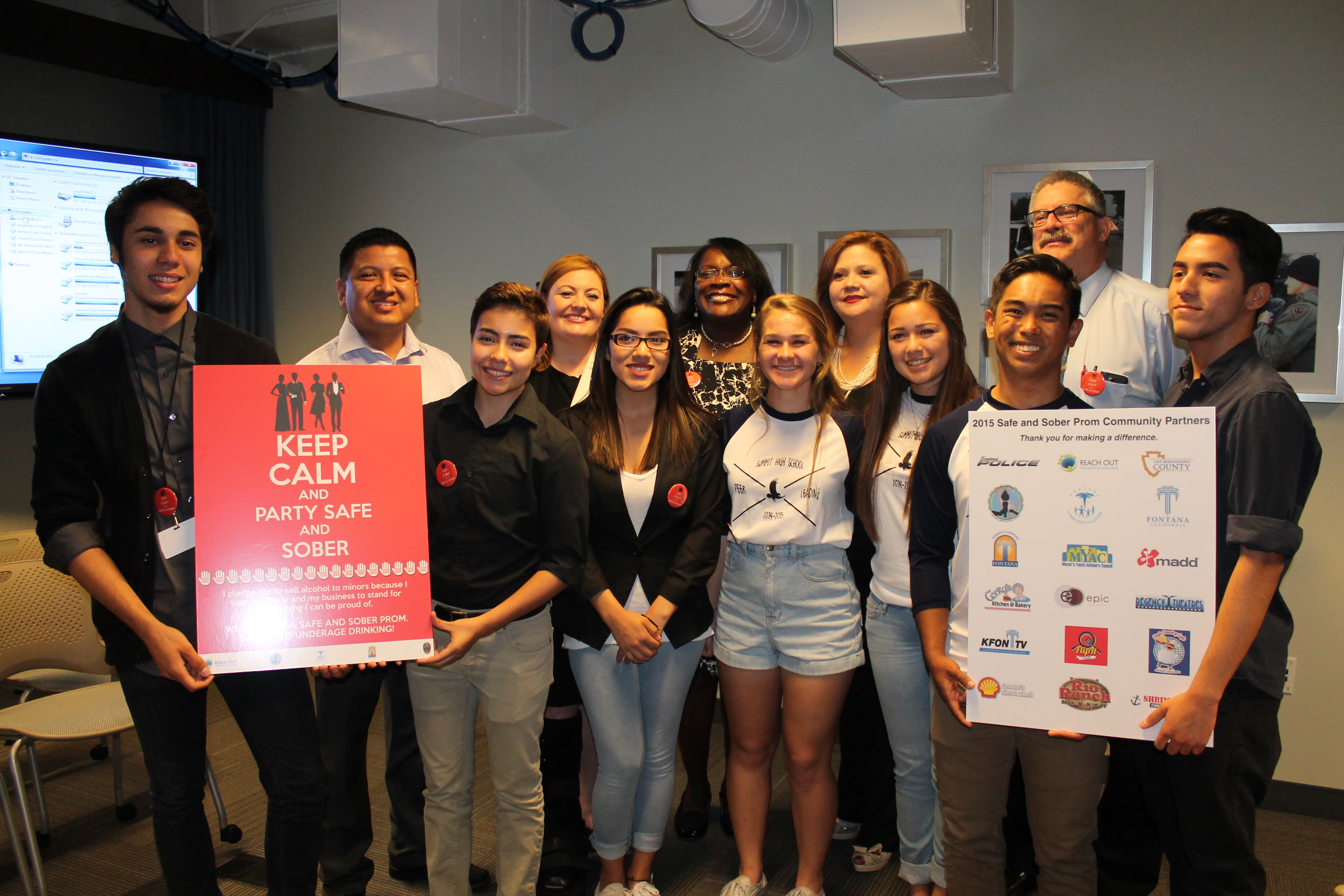 A paralyzed teen appears in the shadows after being hit by a drunk driver, depressed, alone, uncertain about his future.

In a different scene, a passenger regrets his decision, knowing the pain he had caused for not stopping the driver when he could.

These images reveal a harsh reality that thousands of people go through every year in the United States as drunk driving continues being a nuisance to society.

The images are part of the grand prize winning public service announcement created by Fontana A.B. Miller High School students Ryan Flores, Anthony Chavez, Lecia Serrano and Gabriel Rios. By utilizing this powerful message, Fontana authorities will try to persuade students to remain sober during and after the upcoming prom and graduation season.

In fact, the winning PSA will be aired at the Fontana Regency Theatre from April 3 to May 28. Two other PSAs by students Edgar Garcia and Vanessa Cervantes will be aired on KFON Channel 3 in Fontana.

Fontana authorities launched the 2015 Safe and Sober Prom Campaign on March 31 with a touching ceremony at the Fontana Police Department headquarters.

During the event, members of the Fontana City Council, along with Fontana Unified School District officials, members of the business community, and students, gathered to send a clear and strong message: drunk driving kills.

“It’s just not worth it. There are plenty of ways to celebrate without alcohol,” said Fontana Mayor Acquanetta Warren. “Drunk driving is an extremely dangerous decision.”

Fontana Police Chief Rod Jones added that local authorities have zero tolerance for drunk driving, and if caught, violators will be arrested and prosecuted.

Authorities are trying to prevent fatal accidents like the one which occurred on Jan. 29, 2012, when an 11-year-old boy tragically died in Fontana.

That boy, Noah, was the son of Jennifer Ferrer, who urged teens to think twice before either driving drunk or getting into a car with a drunk driver.

“My son will never celebrate prom. My son’s life was taken because someone decided to drive while intoxicated. Please don’t be that person. You could destroy a family like mine,” said Ferrer.

Noah’s life is only one of many young lives taken abruptly by alcohol throughout the nation. According to the National Institute on Alcohol Abuse and Alcoholism, 5,000 people under 21 years of age die each year from alcohol-related car crashes, homicides, suicide, alcohol poisoning, and other injuries.

Underage drinking is a serious problem for society, said authorities. According to the Substance Abuse and Mental Health Services Administration (SAMHSA), about 9.3 million people ages 12-20 reported drinking alcohol during a month in 2013.

To make matters worse, when a teen was asked how difficult it was to obtain alcohol, most of them reported it was “fairly easy” or “very easy.” That is why, contrary to popular belief, teens obtain alcohol more frequently from family members compared to unknown persons, said SAMHSA.

Fortunately, there is hope, because the rate of heavy alcohol use by teens declined between 2002 and 2012, SAMHSA said.

For students Jennifer Flandes, Sean Panganiban, and Kelly Kennard, the local campaign that includes taking a pledge to not drink alcohol — much less drink and drive during prom season and after — is very worthwhile.

Local businesses like Corky’s and Shrimp House will offer a 10 percent discount to students during prom season and will post signs of the campaign on their windows. In addition, police will target those driving impaired and will prosecute those businesses that sell alcohol to minors.