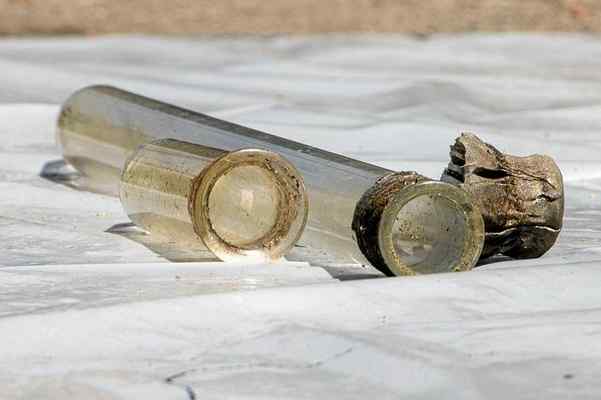 CHINO >> Acting on safety concerns, Chino leaders decided recently to regulate the sale of high-grade, flammable butane, which is used in manufacturing a potent form of hash oil, also known as honey oil.

The regulation doesn’t impact legal use of butane for barbecuing, cooking torches or cigar lighters. But it will control the sale of high-grade butane used by illegal marijuana labs — which have been found in hotel rooms, garages, homes and backyards — to illegally manufacture honey oil, a street drug, Police Chief Karen Comstock said.

The new law, which the Chino City Council approved Aug. 16, limits the sale in large quantities of n-butane and butane that is refined five times or higher. A customer would not be able to buy more than 1,200 milliliters of butane, per transaction.

It additionally requires retailers to keep logs of all butane sales “cumulatively or individually” amounting to greater than 600 milliliters in a single transaction, Michael Heroux, the city’s building and code compliance manager, said.

Retailers must report to code and police authorities any such sale, as well as the name, address and verified government-issued photo identification of the buyer and keep such information in their files for at least one year, he added.

In recent years, many California cities and counties have seen a significant uptick in the illegal manufacturing of butane honey oil made from marijuana, Comstock said, which corresponds to increased dangers for the public as well as police officers, firefighters and other rescue personnel.

“We’re talking about instrument-grade butane. It burns at a very high grade, and the danger is it doesn’t dissipate in the same manner as barbecue butane would. It has the tendency to settle, creating the danger of explosions,” Comstock said.

“Marijuana labs take the leaves of the marijuana plant through a chemical process using the refined, high-grade butane. That chemical process produces honey oil, a street drug that has an oil-like consistency similar to hash that can be smoked or otherwise consumed,” the chief said.

Honey oil is not legal under the state’s medical marijuana laws, she added.

Heroux said the manufacturing process for honey oil poses a “current and immediate threat to public health, safety and welfare,” so cities throughout California, including Ontario, are adopting ordinances to regulate and restrict the sale of highly refined butane.

Comstock said she worried the butane might settle in a confined space during the manufacturing of honey oil and create additional explosive hazards.

“We’ve had success with such ordinances in the past and are hoping this new ordinance and addition to the municipal code will reduce the dangers to police officers, firefighters and citizens who are unaware it’s nearby. Used the right way, butane is perfectly safe and serves a good purpose. But when used to manufacture honey oil, these labs are very dangerous,” Comstock said.