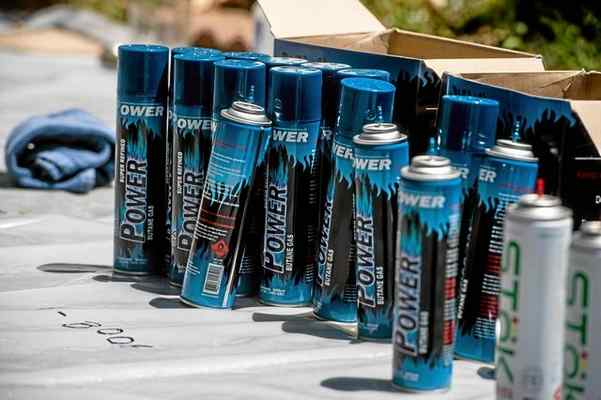 ONTARIO >>Ontario has passed San Bernardino County’s first ordinance regulating the sale and possession of butane to curb the manufacturing of concentrated marijuana.

The ordinance is in response to a drug trend in the Inland Empire which involves purchasing high volumes of butane at smoke shops, camping stores, hardware stores, and even grocery stores to produce high volumes of cannabis butane honey oil, also known as hash oil, say officials at Upland-based nonprofit Reach Out.

Butane is used in the extraction of tetrahydrocannabinol, or THC, from marijuana.

“You can take bad weed and turn it into a concentrate that’s more powerful,” said Reach Out’s director of Public Policy and Prevention Omar Gonzalez.

Not only is it illegal to make marijuana concentrate in the state, using butane poses a significant safety hazard, he said.

“Most butane, once it catches a spark, is very flammable and can cause a major explosion,” Gonzalez said.

In 2014, there was an explosion at a makeshift Muscoy house that killed one man due to a marijuana extraction lab. That same year a drug lab was discovered at a Victorville daycare center capable of manufacturing butane hash oil, said William Seals, Outreach and Policy Specialist for Reach Out.

“The biggest issue is “it’s easy to access and easy to buy in bulk to make marijuana concentrate,” Seals said

Ontario’s ordinance, which was approved earlier this month, requires any refined butane sold in the city be kept in a locked storage or behind a counter.

The ordinance, which becomes effective in early June, also sets a limitation on how much butane an individual may purchase before triggering additional reporting requirements.

By setting the limitations, authorities hope they can deter extraction labs in the city, he said.

Boling said the idea of passing an ordinance was brought to the city’s attention by Councilman Alan Wapner, who was concerned about the rise of explosions across the nation from butane extraction labs.

Seals said the substance is inhaled through a personal vaporizer.

In Ontario, there are about 13 smoke shops, not including liquor stores that function as both liquor stores and vape shops, or just straight vape or hookah locations, he said.

The nonprofit said they are starting to see more teens vaping the butane hash oil. In most cases a teen disguises the substance in its vaping pen by mixing it with a scented flavor liquid.

Reach Out is also working with nonprofits Partners for Innovative Communities and the Fontana Community Coalition to expand the ordinance to other cities in San Bernardino County.